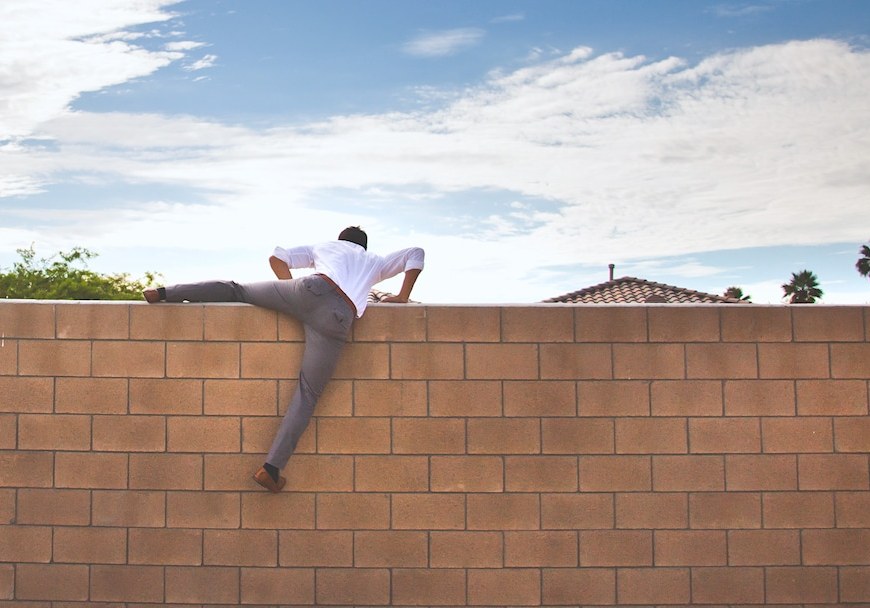 “I have to vote for the lesser of two evils until the good candidate has a chance to win.” You might think this sounds pragmatic, but really, it’s nothing more than glory-seeking cowardice. Pioneers have defined our world. The first ones to stand against slavery will never have a stories written about them, but without them, we’d still have people in chains. The first people … END_OF_DOCUMENT_TOKEN_TO_BE_REPLACED 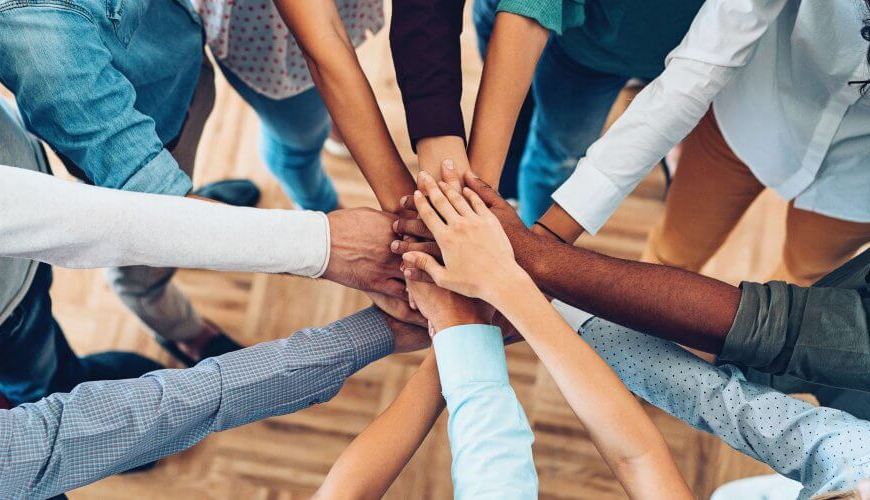 Hey liberty friends! I have a challenge for you: Think of someone who is passionate about something that you aren’t that excited about. Ask them where that passion came from. This is why: I think the divide between the left and the right is less about hating each other and more about not loving each other.Yes, before you go looking for exceptions, there are people … END_OF_DOCUMENT_TOKEN_TO_BE_REPLACED 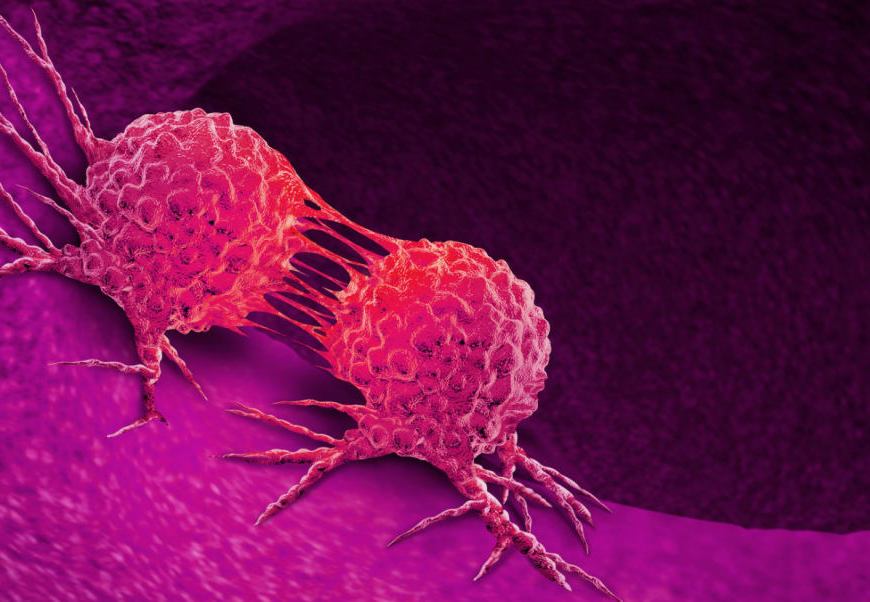 I ‘m very sympathetic to the idea of just dropping the conversation about race entirely. After all, it was an amazing vision that Martin Luther King Jr had when he conjectured, “I have a dream that my four little children will one day live in a nation where they will not be judged by the color of their skin, but by the content of their character.” And while … END_OF_DOCUMENT_TOKEN_TO_BE_REPLACED 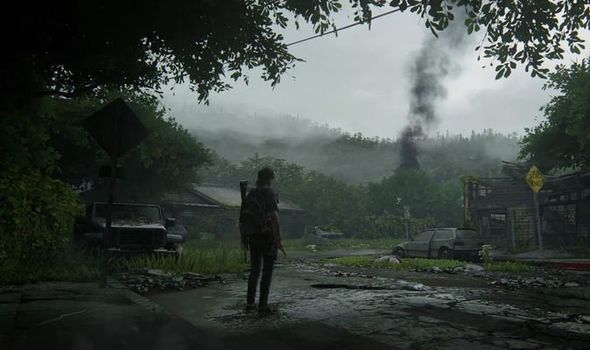 I won’t have any direct spoilers, but this is a review about The Last of Us Part II. So, if you don’t want to hear anything at all about it, stop reading now! Before I really rip apart this shameful game, I really have to establish what makes good writing so good and bad writing so bad. It’s not a matter of preference, it is … END_OF_DOCUMENT_TOKEN_TO_BE_REPLACED 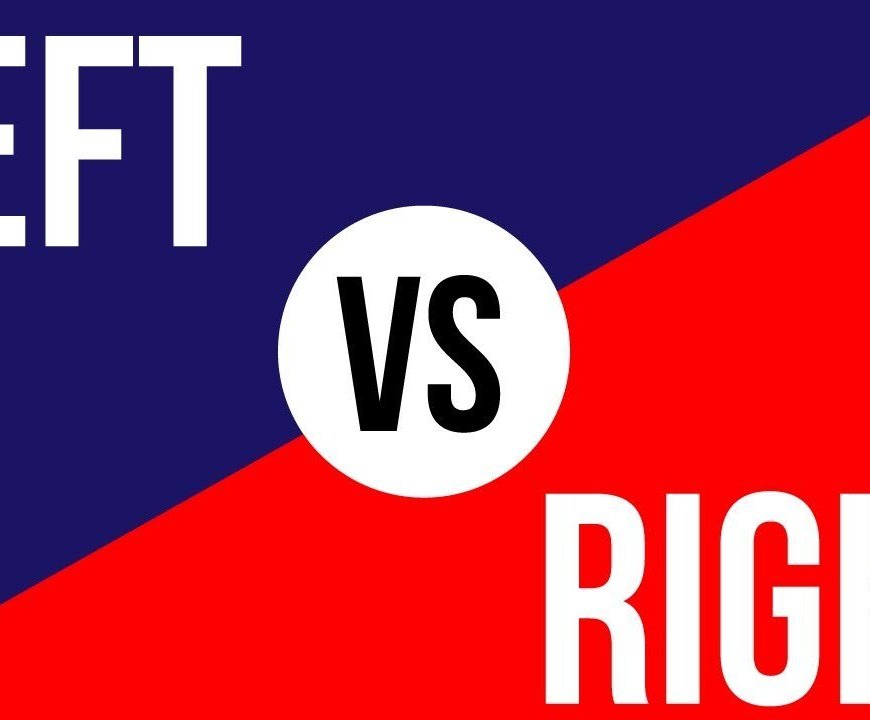 I will try to say this carefully: If you insist on being a left or right libertarian, you are sowing seeds of discord and are a liability to the movement. It’s alright if you’re still left or right for now, but it will have to change. Allow me to explain. We’re almost all familiar with the political compass, but a refresher never hurts. On the … END_OF_DOCUMENT_TOKEN_TO_BE_REPLACED 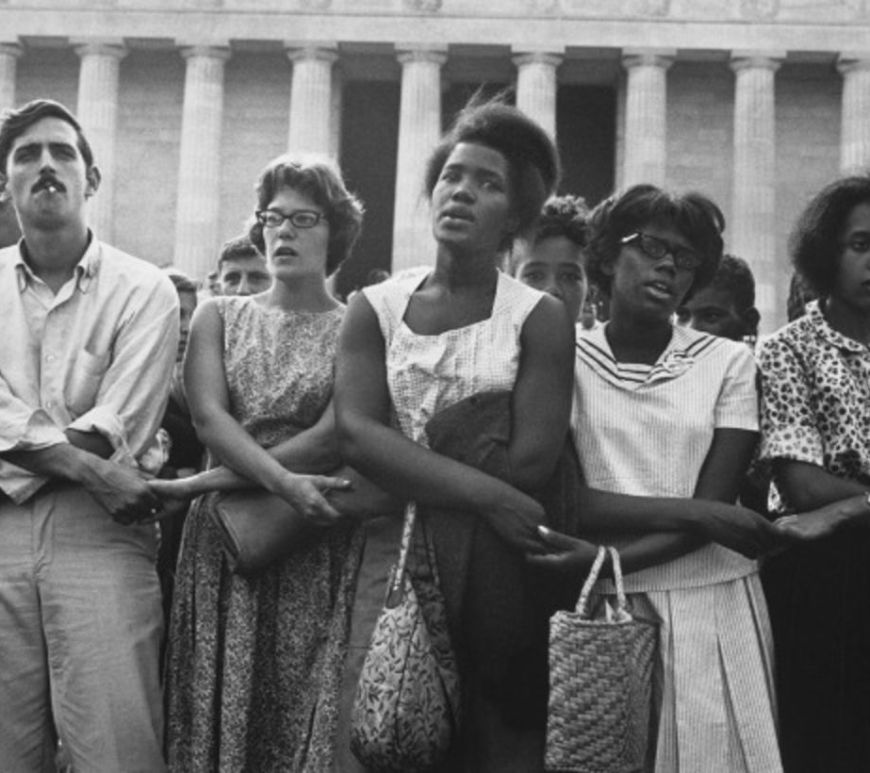 This article is a rebuttal to another article, In Defense of the Term “White Privilege” by our Editor Ryan Lindsey, which can be viewed here. Unless you’re an unfeeling bowl of oatmeal living under a rock, you probably feel somewhat strongly one way or the other about this issue already. For the sake of creating a new perspective, allow me to make a comparison that … END_OF_DOCUMENT_TOKEN_TO_BE_REPLACED 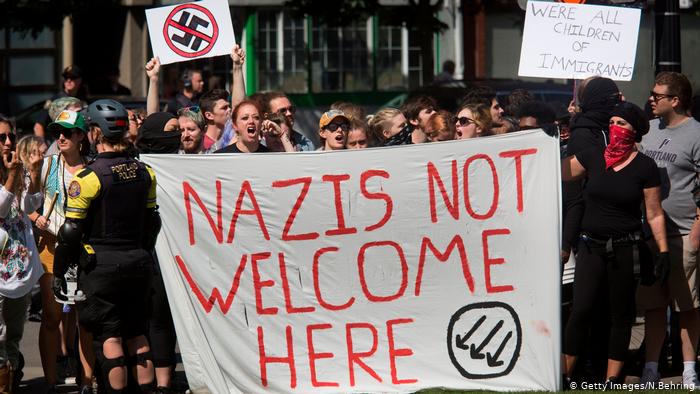 If you go looking for fodder on AntiFa, you will not have to search hard. The list is extensive: The bike lock guy, Portland, Twitter accounts, etc. These acts and calls for violence are indefensible. They are not anti-fascist, they are anti-human. Sometimes, violence is justified. Sometimes, it is not. And AntiFa is no stranger to that second camp. I will not gloss over how … END_OF_DOCUMENT_TOKEN_TO_BE_REPLACED 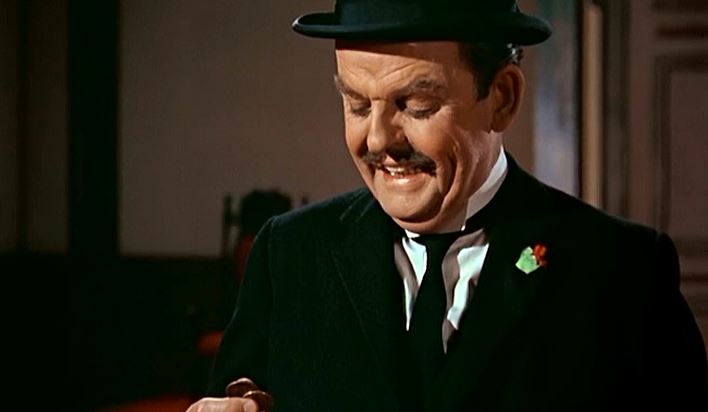 It’s perhaps the most unnatural thing a person can do. Turn the other cheek when struck. Washing the feet of your enemies. Serving those who wish ill upon you. Why should we grant kindness to those unworthy of it? Let’s examine Mary Poppins. I know, I know, not exactly a philosophical font, but it has a distinct message and a rather powerful one at that. … END_OF_DOCUMENT_TOKEN_TO_BE_REPLACED 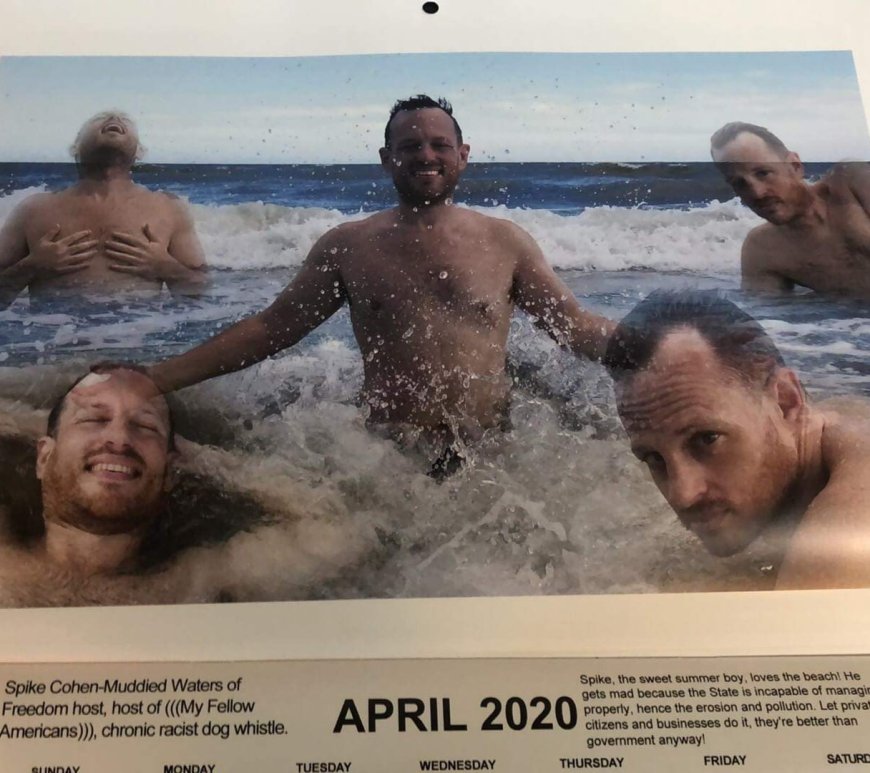 This week, Libertarian Vice President nominee Spike Cohen was involved in two different controversies. Both involved his inability to keep his shirt on. After his nomination, the internet noted a few pictures of him at the beach posing for pictures for a fundraiser. Then again, in light of the backlash, he took his shirt off again on a libertarian podcast. You can see this appearance … END_OF_DOCUMENT_TOKEN_TO_BE_REPLACED 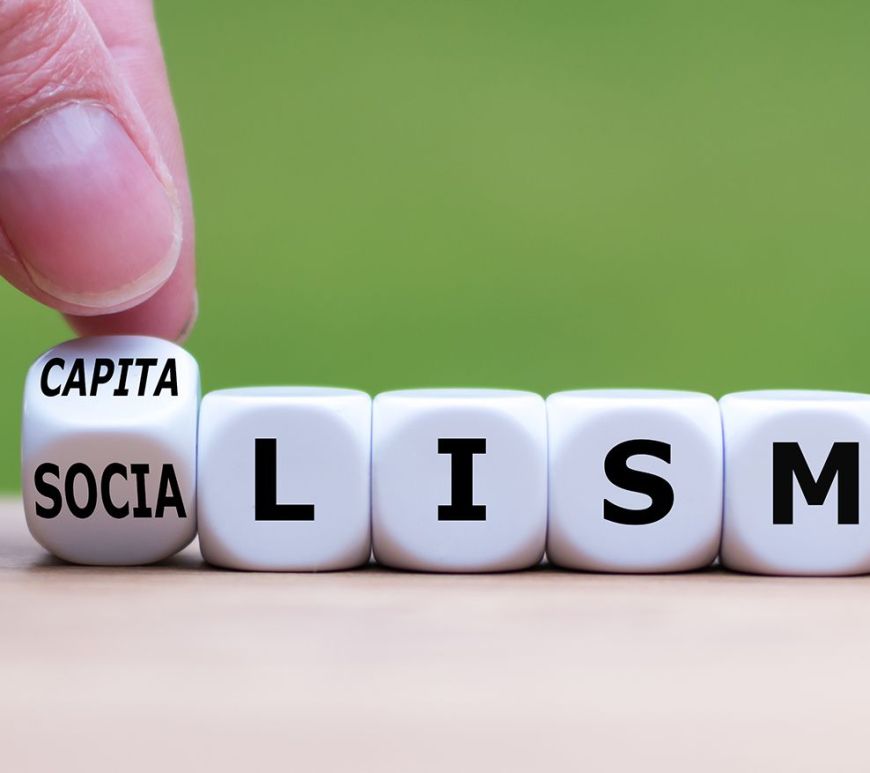 No. There we go, shortest article ever. Alright, I’m kidding around. But I’m serious about answering the question. Exploring this answer helps us define the terms and actually opens us up to a new conversation that is more relevant to modern economics than these terms which have largely lost their meaning and intent. If your attention span is short, I’ll answer it now: It’s likely … END_OF_DOCUMENT_TOKEN_TO_BE_REPLACED

Modern #citizenship is such a shallow, dry husk of what it should—and could—be.
The ideology of unfettered negative liberty has resulted in disaster. Western society’s fetishization of individual rights at the expense of responsibilities has been a chief contributor to the malaise of modernity we find ourselves in today.
Unregulated globalized markets have failed and should not be allowed to continue. Global mega-corporations, conglomerates, and supply chains must be brought in line with the common good (i.e., abandoning the “just in time” model of supply) or we must abandon the cosmopolitan project in favor of unregulated locally-based economic arrangements — I favor the latter, but the former is preferable to what we have now.
“Suppose we have only dreamed, or made up, all those things-trees and grass and sun and moon and stars and Aslan himself. Suppose we have. Then all I can say is that, in that case, the made-up things seem a good deal more important than the real ones. Suppose this black pit of a kingdom of yours is the only world. Well, it strikes me as a pretty poor one. And that's a funny thing, when you come to think of it. We're just babies making up a game, if you're right. But four babies playing a game can make a play-world which licks your real world hollow. That's why I'm going to stand by the play world. I'm on Aslan's side even if there isn't any Aslan to lead it. I'm going to live as like a Narnian as I can even if there isn't any Narnia… we're leaving your court at once and setting out in the dark to spend our lives looking for Overland. Not that our lives will be very long, I should think; but that's a small loss if the world's as dull a place as you say.”
Create your website with WordPress.com
Get started
Loading Comments...