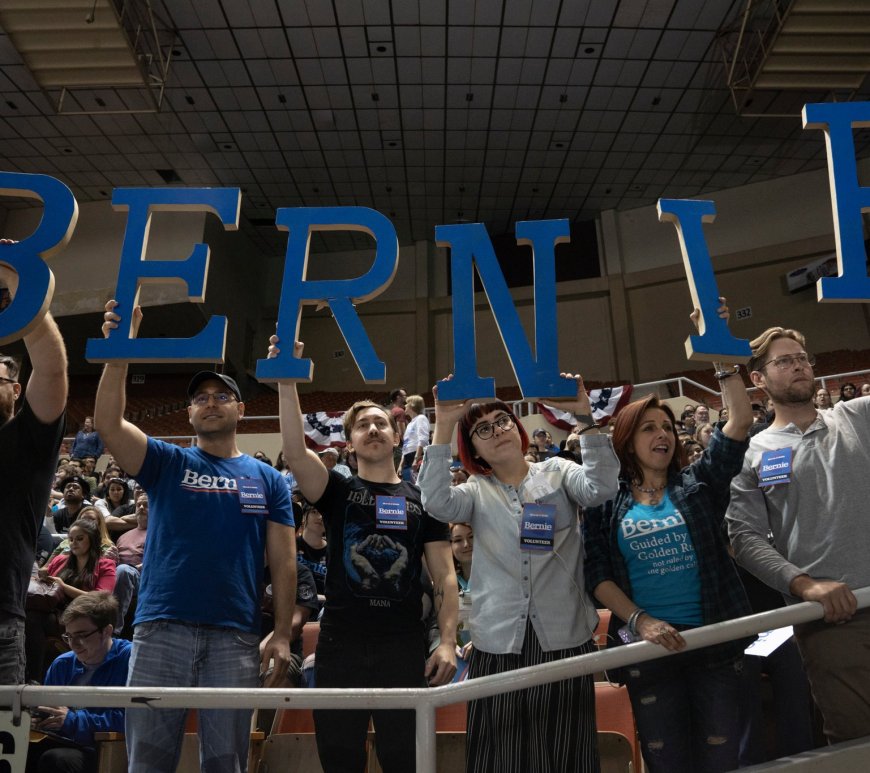 Let me get this out of the way: I can’t stand Bernie Sanders. He’s inauthentic about his wealth, he didn’t apologize to the women sexually assaulted during his campaign until he decided he wanted to run for president again, and he’s frequently supported expanding government at the expense of American lives, freedom, and rights. That being said, it’s time to recruit his followers for liberty. … END_OF_DOCUMENT_TOKEN_TO_BE_REPLACED

It is impossible to predict when exactly American life will return to normal, if ever at all. The virus has exposed serious weaknesses in our government’s ability to respond to such a disaster and Americans have been forced to re-evaluate their values and priorities. Eventually travel and business restrictions will be lifted, however, it seems obvious that both the free market and legislators must seriously consider how to prevent and prepare for the next viral outbreak or general disaster. Where capital is invested in the future will be a hot topic of conversation once the smoke clears. How employers operate and consumers purchase will also change. END_OF_DOCUMENT_TOKEN_TO_BE_REPLACED

If you have something you would like to contribute to the premier issue of Heretic, please do so! • For more information, visit thehereticjournal.com/submissions • #writersofinstagram #writersofig #writerscommunity #instapoetry #poetry #helpwanted #contribution #indepententpublishing #selfpublishing
“Stating that The Church is essential for America is like stating that Jesus’ ministry was essential for Herod’s reign – it’s a nonsensical claim that totally misses the subversive, liberating nature of the former and the evil, binding nature of the latter.” • Read more at hereticjournal.home.blog • #church #christianity #churchandstate #empire #covid_19 #coronavirus #reopening
Heretic contributor Hodey Johns lays out four key areas libertarians and Bernie Sanders supporters can unite on to fight statism. • Read more at hereticjournal.home.blog • #berniesanders #libertarian #leftlibertarian #medicareforall #studentdebt #college #war #workingclass #thefed
“Another life taken. Another public lynching. Another news story. Another act of recorded black death. It is disturbing that our nation has become comfortable with weekly broadcasts of black bodies falling to the ground. It’s become an unsolicited prime time series that we all hope and pray will be cancelled from the collective consciousness of America’s civic memory… The death of Ahmaud Arbery is not an anomaly but a historical pattern of behavior that binds every American to an unexamined history of our nation.” • Rev. Dr. Otis Moss, III and the Trinity United Church of Christ produced a haunting and powerful video in response to the Ahmaud Arbery shooting, and all the previous shootings leading up to it. • Read our editor’s brief reflection on this video at hereticjournal.home.blog • #ahmaudarbery #blacklivesmatter #shooting
Part 4 of our series “The Case for Jubilee Economics” is now available! • “If you’re anything like me, [this is] shocking. 300 people have more wealth than all the other inhabitants of China, India, the U.S., and Brazil combined? How can this be? And how have so many of us accepted this state of inequality as normal, and even as right and morally justified?” • Read more at hereticjournal.home.blog • #Jubilee #DebtJubilee #Debt #DebtForgiveness #Jesus #Christianity #Interest
Heretic endorses @verminsupremepresident for President and Spike Cohen for Vice President! • “You think Vermin and Spike are too absurd to be taken seriously? In a world were the policies of committing genocide in Yemen, drone-striking weddings and funerals, printing money out of thin air, and letting the crooks on Wall Street walk free while inner city dealers are locked up for life are taken seriously, being called ‘absurd’ is high praise indeed.” • Read more at hereticjournal.home.blog • #InOnTheJoke #VerminSupreme #election2020
Announcement Book Review Culture Economy Election 2020 Environment Foreign Policy Getting Through COVID-19, Together Interview Jubilee Libertarianism Literature Main Show Philosophy Politics Religion The Presidency Uncategorized War